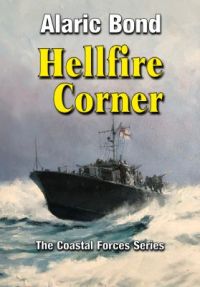 Autumn 1941 and a fierce war rages amid the treacherous waters of the Dover Strait. It is fought by the gun and torpedo boats of Britain’s Coastal Forces: fast, frail vessels that do battle against the best of Germany’s Kriegsmarine including the notorious E.Boats. The crews are mainly volunteers; men plucked from civilian life and new to the maelstrom of brutal combat. Each take a different route to meet such a personal challenge and prove every bit as powerful, and vulnerable, as the craft in which they serve.

The gripping naval action in Hellfire Corner is set against a backdrop of war-ravaged Dover, a town reeling from the terrors of nightly air raids and daily artillery bombardment.

Authentic detail, tense personal dynamics, and tales of individual heroism combine to give a rare and compelling insight into a fascinating aspect of World War Two history.

The First book in the 'Coastal Forces' series