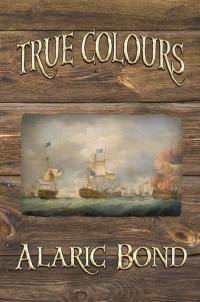 THE ROYAL NAVY IS IMMOBILISED BY MUTINY, AND, THE ONLY THING THAT'S STANDING IN THE WAY OF AN INVASION IS A COMMANDER WHO IS COMMUNICATING WITH A FLEET THAT ISN'T THERE.

While Great Britain's major home fleets are immobilised by a vicious mutiny, Adam Duncan, commander of the North Sea Squadron, has to maintain a constant watch over the Dutch coast, where a powerful invasion force is ready to take advantage of Britannia's weakest moment.

With ship to ship duels and fleet engagements, shipwrecks, storms and groundings True Colours maintains a relentless pace that culminates in one of the most devastating sea battles of the French Revolutionary War - the Battle of Camperdown.

The Third book in the 'Fighting Sail' series