The Seeds of War

The Seeds of War 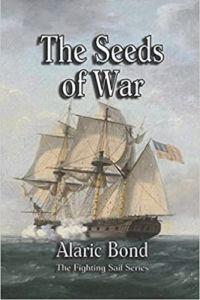 1811 and the war with France continues although conflict of another kind is raging on America’s Eastern Seaboard. For many years oppressive trade sanctions have soured Britain’s relations with the newly formed United States; tensions rise further as seamen are illegally pressed and what had been a purely economic dispute soon turns into something far more deadly.

Amid the conflict and confusion of fierce political debate, those aboard the frigate HMS Tenacious must also do battle with illegal slavery, powerful privateers, violent tropical storms and enemies that had once been the best of friends.

With vivid naval action and intense personal dynamics, The Seeds of War tells a gripping tale of loyalty, ambition and true camaraderie.

The Fourteenth book in the 'Fighting Sail' series