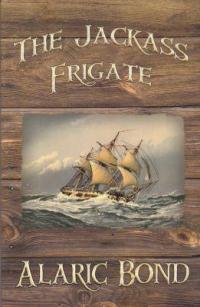 HOW DO YOU MAINTAIN DISCIPLINE ON A SHIP WHEN SOMEONE MURDERS YOUR FIRST LIEUTENANT - AND A PART OF YOU AGREES WITH THEIR ACTION?

December 1796. It was a time of unrest and discontent for Britain, made even worse by the war with Revolutionary France and the possibility of imminent invasion. Fresh from the dockyard, HMS Pandora, a 28-gun frigate, is about to set sail to join the Mediterranean fleet.

For Captain Banks the harsh winter weather and threat of a French invasion are not his only problems. He has an untried ship, a tyrant for a First Lieutenant, a crew that contains at least one murderer, and he is about to sail in to one of the biggest naval battles in British history - the Battle of Cape St Vincent.

The Second book in the 'Fighting Sail' series