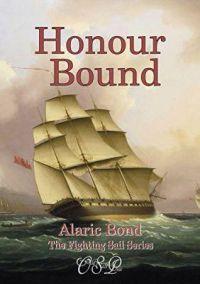 Satisfied that he has forged HMS Kestrel into a formidable weapon, Commander King is keen to take her to sea once more. But the war is not progressing well for Britain, and his hopes of remaining in Malta are shattered as Kestrel is moved closer to the action. And so begins a story that covers two seas and one ocean, as well as a cross-country trek through enemy territory, a closer look at the French prison system and a reunion with several familiar faces. Containing breathtaking sea battles, tense personal drama and an insight into the social etiquette of both Britain and France, Honour Bound is a story brim-filled with action and historical detail.

The Tenth book in the 'Fighting Sail' series