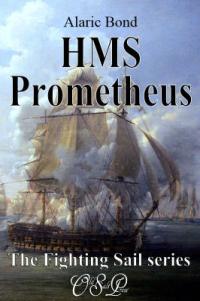 With Britain under the threat of invasion, HMS Prometheus is needed to reinforce Nelson's ships blockading the French off Toulon. But a major action has left her severely damaged and the Mediterranean fleet outnumbered. Prometheus must be brought back to fighting order without delay, yet the work required proves more complex than a simple refit.

Barbary pirates, shore batteries and the powerful French Navy are conventional opponents, although the men of Prometheus encounter additional enemies, within their own ranks. A story that combines vivid action with sensitive character portrayal. Number eight in the Fighting Sail series.

The Eighth book in the 'Fighting Sail' series