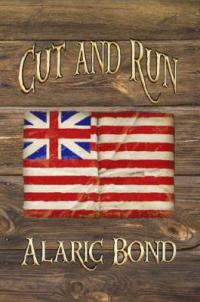 Disillusioned by the lack of opportunity in the Royal Navy, Lieutenant King opts for a spell with the Honourable East India Company. But, a trip in an Indiaman is anything but the easy option when his captain is revealed to be an old enemy.

With the added perils of privateers, storms, and the might of the French Navy, he finds there is just as much excitement in the merchant service, and wonders why he ever chose to cut and run

The Fourth book in the 'Fighting Sail' series